Take a glimpse into Kalisto’s past with these relics of times long gone by.  Here are a few of Kalisto’s previous iterations and sub-content sites.  These are mostly functional, but don’t be surprised if you stumble on a link that does not work. 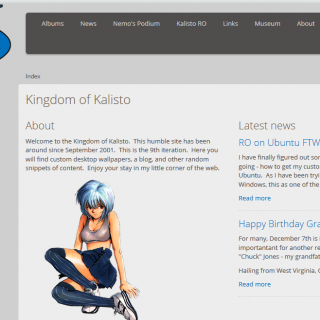 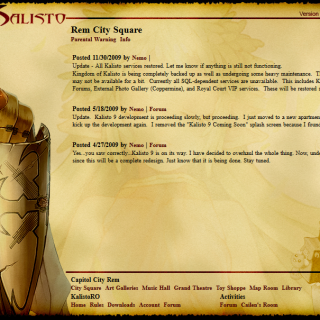 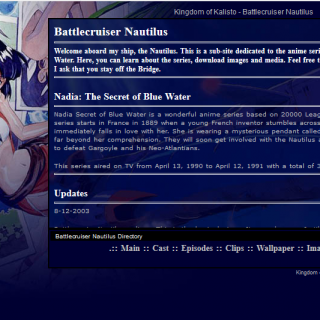 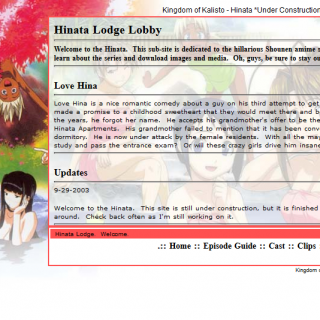 You can open images in a new tab/window to bypass the “SwipeBox” and load the image directly.
In its beginning, Kalisto was hosted on a Pentium III 500MHz PC running Windows 98.
The first version of Kingdom of Kalisto was written in Microsoft Word 2000.
Kingdom of Kalisto launched on September 21, 2001.
The Kalisto name originated in 1997 as a location in a graphics calculator RPG game I wrote in high school called Mystic Realm.