I have tried a few times in past months without success to compile the rAthena Ragnarok Online server emulator on my Raspberry Pi 3.  Well, just for grins, I pulled the latest source the other day and took another crack at it – BINGO!  Looks like the latest source will compile on armhf arch.  Since the previous KalistoRO server was well in its infancy, I just elected to go with a clean database rather than mess with pulling over the existing data.

So far, the server runs quite well.  While I have not had the time to really hammer it, the bit of stress-testing I have done has been absorbed by the Raspberry Pi with it not even breaking a sweat.

The KalistoRO is still in beta (it pretty much always has been), but up and running.  So, go grab the client and go to town! 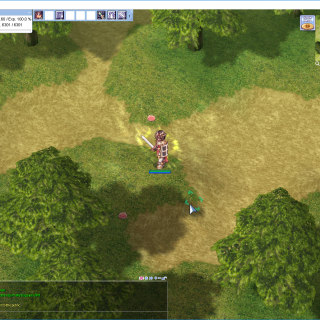 The Kalisto name originated in 1997 as a location in a graphics calculator RPG game I wrote in high school called Mystic Realm.
In its beginning, Kalisto was hosted on a Pentium III 500MHz PC running Windows 98.
The first version of Kingdom of Kalisto was written in Microsoft Word 2000.
You can open images in a new tab/window to bypass the “SwipeBox” and load the image directly.
Kingdom of Kalisto launched on September 21, 2001.