I have finally figured out something I have tried for a while to get going – how to get my custom Ragnarok Online client to run in Ubuntu. As I have been trying to slowly transition away from Windows, this as one of the things holding me back. The Beta RO server itself has been on Linux for a while (I just moved it to a new VM). Now I can actually PLAY RO on a Linux machine. This is huge.

Those familiar with Linux have most likely heard of Wine – the suite of software that allows Windows applications to run natively in Linux. Then there is Play-on-Linux – which is an awesome Wine front-end. Now, Play-on-Linux has had a RO script for a while, but only for the official RO client’s installer. The script for RO will not complete unless I point to a valid installer…

Then the answer was staring me in the face. The description of what components the script installed was right there when I highlight Ragnarok Online to install…So here’s what I did: I just went to through the motions of creating a “drive” for RO to the point of needing the setup exe – and cancelled. This left the drive. In Play-on-Linux Settings, I added the packages the script would have via the Install Components Tab: vcrun6, vcrun 2008, DirectX 9. I then copied the RO client directory to the “drive”. Then I just manually ran the Setup and KalistoRO.exe files from Play-on-Linux.

It works wonderfully! Kingdom of Kalisto Ragnarok Online in Ubuntu!! 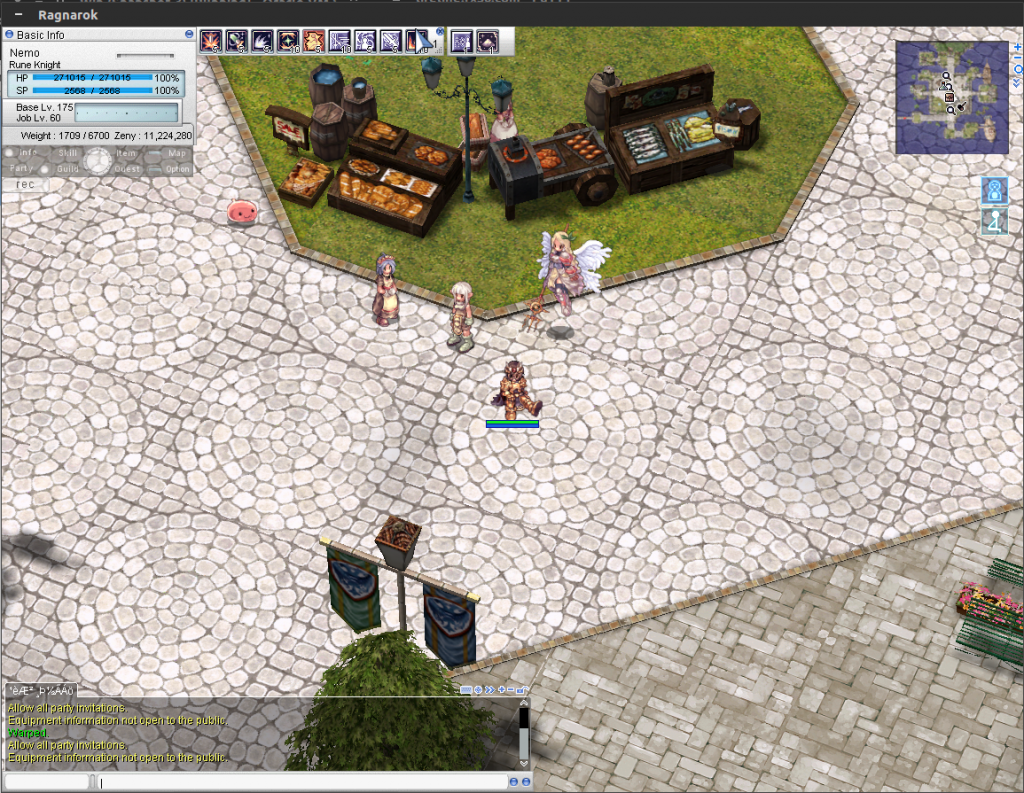 The Kalisto name originated in 1997 as a location in a graphics calculator RPG game I wrote in high school called Mystic Realm.
The first version of Kingdom of Kalisto was written in Microsoft Word 2000.
Kingdom of Kalisto launched on September 21, 2001.
In its beginning, Kalisto was hosted on a Pentium III 500MHz PC running Windows 98.
You can open images in a new tab/window to bypass the “SwipeBox” and load the image directly.