This is the 2018 remake of Secret of Mana.  This title appeared on a few platforms.  This collection is from the PC version of the game – and was converted from the game’s audio files.  This soundtrack was panned by many Secret of Mana fans.  While I have to agree that some of the tracks are quite awful, there are some that are also quite good.  Eternal Recurrence and The Dark Star are my favorites.  Many suggested Kikuta should have used the tracks he re-arranged for Secret of Mana Genesis.  The game does also have an option to switch to the original SNES music – which I used when some of the more abhorrent tracks were playing.

As for the game itself, my impression of it was…mixed.  The characters’ personalities translate to exactly what I imagined they would be, but it was weird watching them talk with non-moving mouths…  To me, it also seemed that melee miss far more often than in the SNES original.  There is an option to increase the maximum amount of items from 4 to 8 – which is nice. 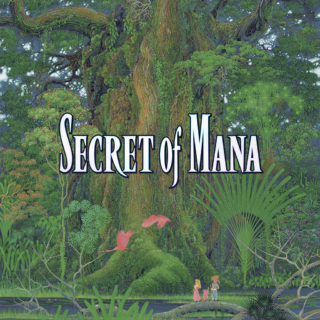 Kingdom of Kalisto launched on September 21, 2001.
In its beginning, Kalisto was hosted on a Pentium III 500MHz PC running Windows 98.
The Kalisto name originated in 1997 as a location in a graphics calculator RPG game I wrote in high school called Mystic Realm.
You can open images in a new tab/window to bypass the “SwipeBox” and load the image directly.
The first version of Kingdom of Kalisto was written in Microsoft Word 2000.